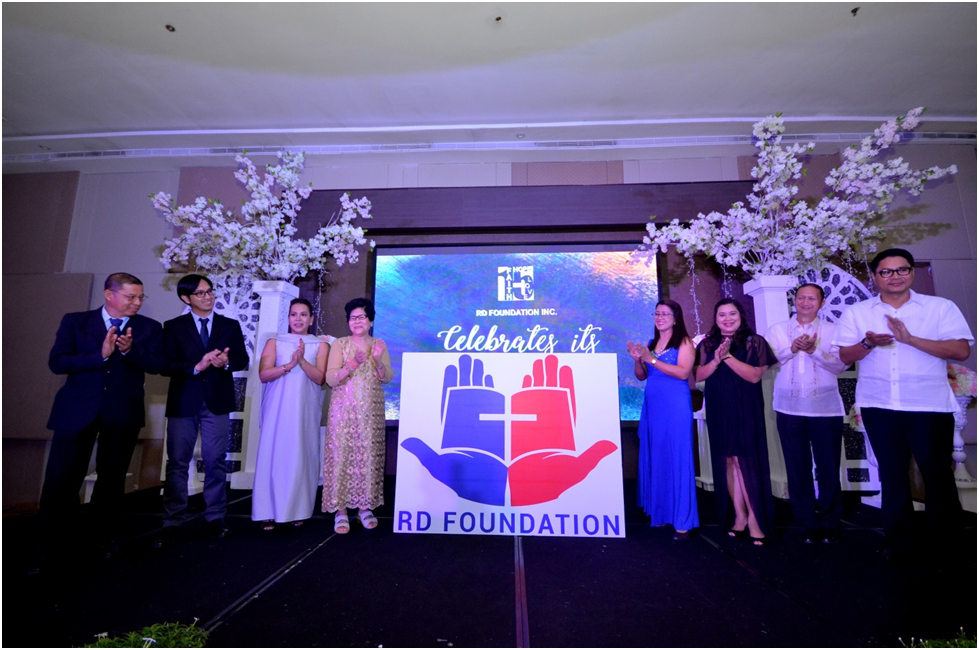 RD Foundation new logo unveiled during the anniversary dinner program, which was led by Mrs. Dolores C. Rivera, Board of Trustees Chairperson and co-founder of RD Group of Companies.

RD Foundation celebrated its 15 years as a social development organization by presenting a new logo during the anniversary dinner program last April 30, 2018.  The new logo symbolizes the essence of RD Foundation’s mission of putting faith into action. The unveiling was led by Mrs. Dolores C. Rivera, Board of Trustees Chairperson and co-founder of the RD Group of Companies, together with the other members of the board and Ryan Vidanes, AVP-Executive Director.

Among the highlights of the celebration is the photo exhibit tagged as “RD Foundation Stories of Faith, Hope and Love”, depicting the success stories of the foundation’s different programs and projects through the years. A video also portrayed the deep spiritual foundation of the Rivera Family’s philanthropic works which started long before RD Foundation was created.  Partner program beneficiaries of the foundation also took part in the event by performing and sharing testimonies through poems and spoken poetry.

RD Foundation, Inc. is the corporate social responsibility arm of RD Group of Companies, one of the fastest growing conglomerates in the country, owned and managed by the Rivera Family of General Santos City.  Though the philanthropic work of the Rivera Family started in 1970’s, the foundation was officially registered under SEC last April 30, 2003 and had been serving the communities in Region XII and some other parts of
Mindanao and Visayas. Its programs focus on Education, Environment and Enterprise (3Es). (Ryan S. Vidanes)